2017 was a big year for virtual reality — from being stuck in beta mode and kept in research, the technology finally emerged and became available to the masses. Presenting a completely new paradigm of interaction, virtual reality began to move us from touch-based interactions to interacting with all senses.

Though advanced, the concept of virtual reality isn’t necessarily a new one. Most people know VR as the flash-in-the-pan, bulky yet futuristic entertainment technology from the late 1980’s that fell flat on its face, but in fact, virtual reality got its start over a century and a half before.

In 1838, Charles Wheatstone invented the stereoscope and unknowingly invented the underlying technology now used by VR headsets. The technology proved the possibility of creating the illusion of three-dimensional objects by projecting images optimized for both eyes. And therefore, somewhat abstractly, Charles Wheatstone’s stereoscope provided the first example of visually teleporting a user to new places — virtual ones.

Physical illustrations and images used in the stereoscope were replaced by screens that displayed computer graphics dynamically based on where the user was looking, creating a stronger sense of being transported to another place. At this point, however, the technology was only available in research labs using dedicated hardware, and the visual output was very primitive compared to today’s standards. Even though this was a breakthrough for VR, there were still a multitude of technical problems to solve before this technology could be repurposed as a consumer product.

Virtual Reality (VR) in Landscape Architecture has certain advantages compared to other representation tools traditionally used (2D drawings, images and video). VR exceeds the capability of visualising of the present situation and offers a medium to examine the future and the past of landscape scenes as the computer graphics’ hardware and software are getting cheaper and more powerful.

As described by Noah Nehlich of Pool Studio; "When you put on the Virtual Reality headset, the world as you know it completely changes. You look into a different 3D world, and your brain thinks that the world you're seeing is real . . . exactly as though it truly exists. If you look over an edge in Virtual Reality, your body reacts. If you fall in a virtual 3D swimming pool, your muscles actually tense up. If you sit in a virtual lounge chair and watch butterflies float by, you instinctively put your arm out for one to land on."

What are the limits of VR in landscape architecture? Who's to say temperature, sound, smell, or textures couldn't be added to the experience? I guess we'll just have to wait and see!

I joined Mattinson Partnership in April 2017 as a Trainee Recruitment Consultant, working alongside Freddie on the Town Planning and Architecture desk. Before joining Mattinson Partnership I was studying Law at the University of Bedfordshire and worked on a part-time basis in an accountancy firm. I was promoted to Consultant in Autumn of 2017 and now I head the Landscape Architecture and Urban Design desk. When I'm not out socialising with my colleagues you'll find me at home with my beloved black cat, Snowy.

We are proud partners of The London Wildlife Trust, a charity dedicated to protecting the wildlife and wild spaces of London by driving environmental projects throughout the city. Our team often get involved at ground level in Wild Workdays by helping to maintain and restore treasured spaces and land… we love to get our hands dirty! We also run multiple interactive workshops, providing their conservation trainees with invaluable career advice and insights into the environmental sector to prepare them for employment. Most recently, we worked with young people taking part in their Keeping it Wild programme, which engages young people from backgrounds currently under-represented in nature conservation. 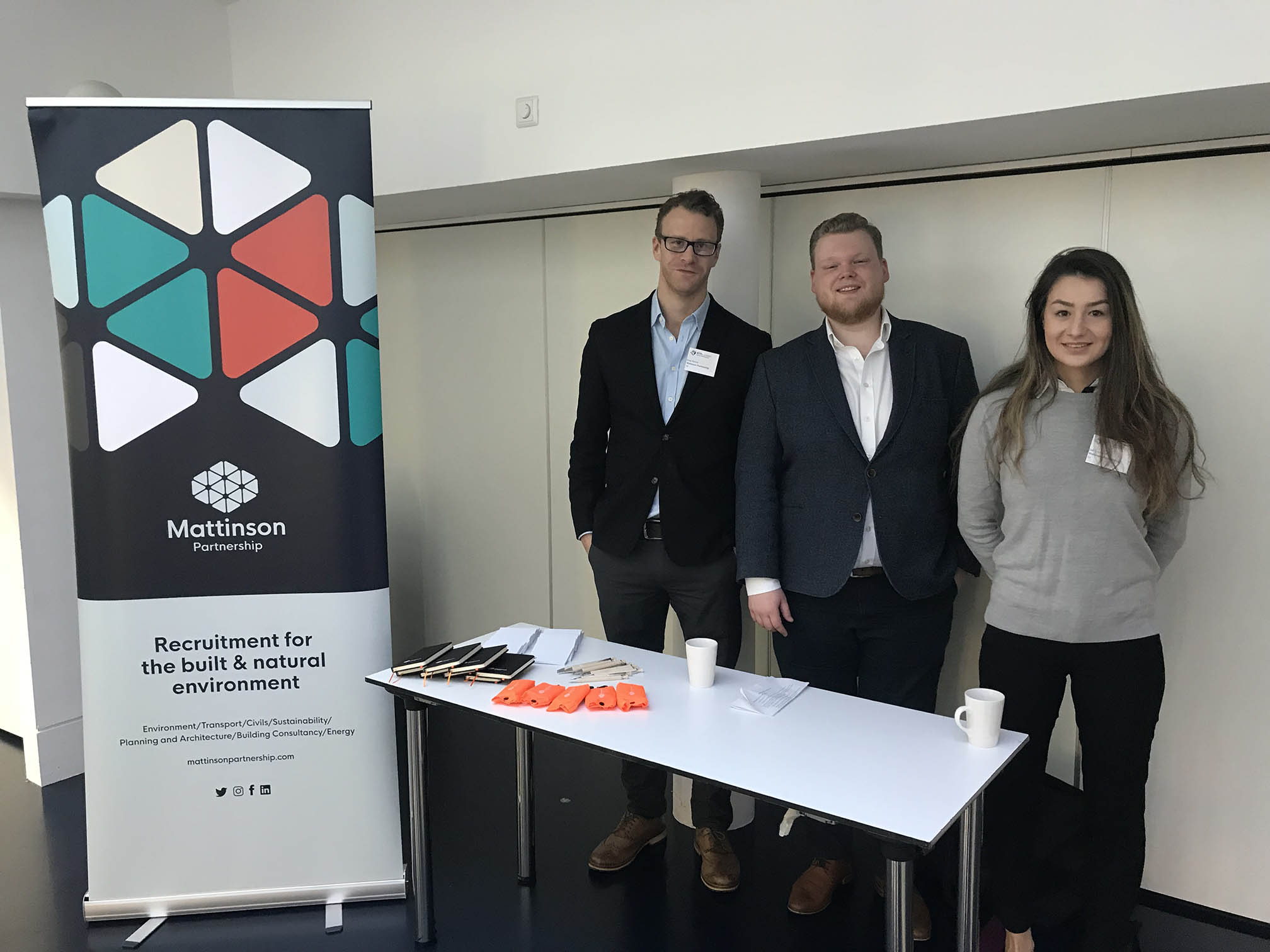 The RTPI represents planning professionals in the UK and Ireland and aims to encourage the development of vibrant and prosperous places and communities. Our Senior Consultant Freddie enthusiastically attends the annual Planning Convention, and we host several events throughout the year to show our support, including drinks networking and a literal pub quiz. We also keep in close contact with our friends down under, at the Planning Institute Australia and New Zealand Planning Institute. In addition, we sponsor the London Planning Summit, an event designed to address the biggest challenges facing the industry. This is our opportunity to stay on top of the latest changes in town planning by meeting with other key professionals in the sector, while celebrating our achievements.

One of our clients, LandSec, are the clever people behind Girls Can Do It Too, an initiative designed to encourage girls to consider a career in construction. Currently, only 11% of the construction workforce are female, and LandSec are attempting to increase this number by providing education and engagement projects and workshops for girls aged 11-13. Featuring workshops on demolition and tower building, as well as challenging the girls to design a planning project of their own (with a focus on budgeting and environmental considerations), LandSec have proven their dedication to addressing the need for diversity in this very male dominated industry. Ruth assists the project by sharing her fascinating insights into the industry and is even on the project judging panel! 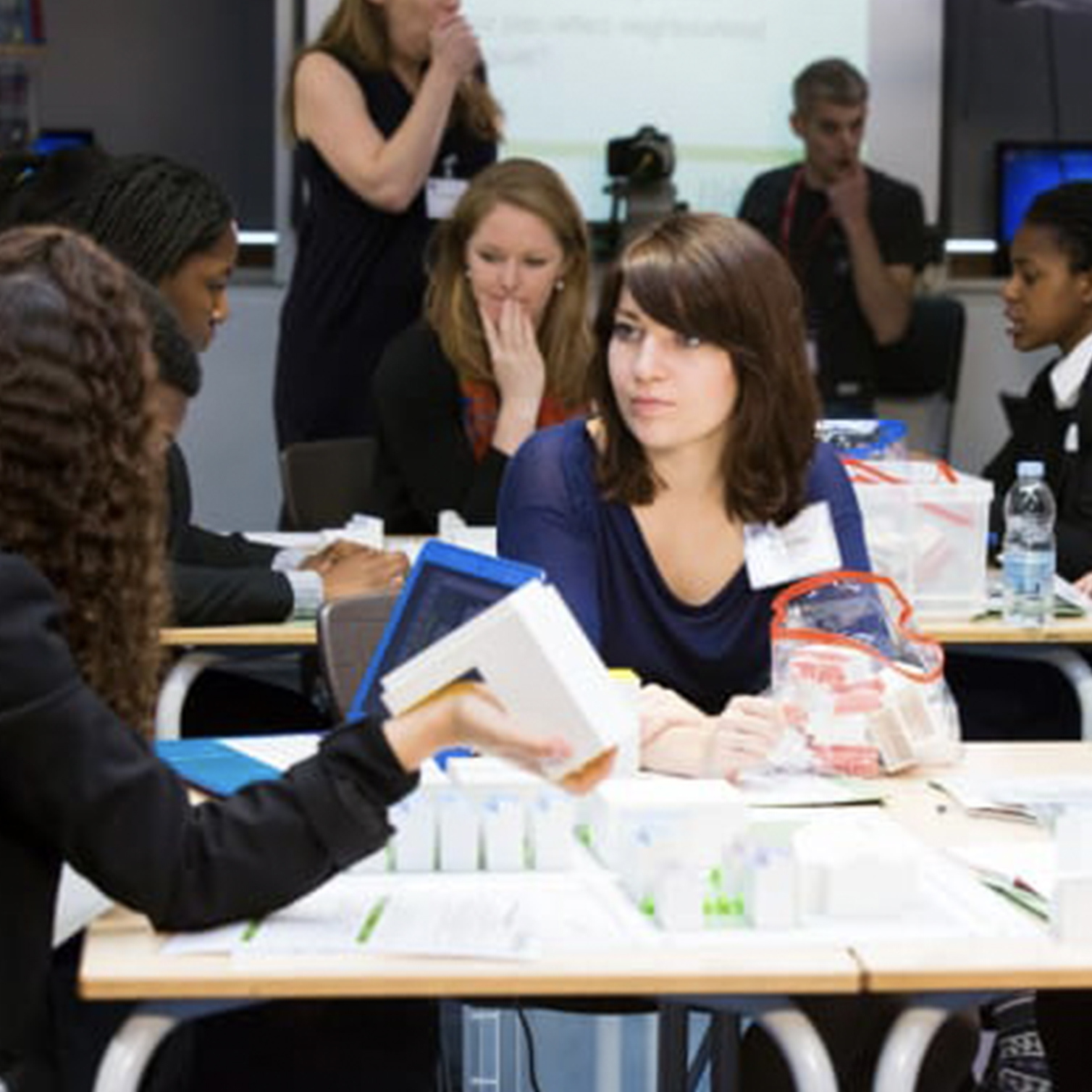 In partnership with Urban Land Institute we are able to play an imperative role in creating a larger and more diverse pool of candidates within the planning & property professions. Working in schools we take part in the Urban Plan Educational workshops programme, which has now reached more than 2,500 pupils in 100 schools since its launch. Alongside more than 200 industry volunteers engaged across the country, we provide invaluable industry & careers advice to students while guiding them through their workshops and helping judge their presentations.

Carbon FootprintTM works to help organisations offset their CO2 through tree planting and community projects worldwide. By partnering with Carbon FootprintTM, we have planted native trees and shrubs such as Whitebeam, Hazel, Field Maple, Silver Birch, Rowan, Beech, Blackthorn, Holly and Dog Rose to create a Mattinson Forest that spreads across South East England. Carbon FootprintTM work in conjunction with the Florestal Santa Maria Project (FSM-Redd Project), designed to reduce deforestation in the Amazonian Rainforest. So, for every tree we plant in the UK we guarantee a tonne of CO₂ offset in Brazil too. Carbon FootprintTM have allowed us to not only do our bit for the environment but also commemorate moments of growth for our clients and candidates.